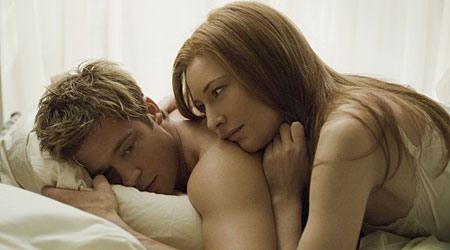 With all the hoopla surrounding Addyi because of its status as the first prescription drug to treat low female sex drive – there’s one important question that seems to have no clear answer – “Does Addyi Work?

Unfortunately there is no clear answer to this question. Judging from the clinical results that have taken place, the answer would seem to be that Addyi may offer “some improvement” for a small slice of the female population.

Clinical trials showed that women on Addyi averaged one additional “satisfying sexual event” from a baseline of 2-3 sexual events per month. That’s obviously not an enormous amount, but there is a subset of women for whom the drug had a better effect and, for them, the drug may prove to be of value. It was these data that led the FDA to approve Addyi.

While this may seem like a slight improvement – and enough to justify many women trying this new “female viagra pill” – it’s important to note that almost as many women experienced this same level improvement while taking a placebo during the clinical trial. Also, many clinicians have argued that the control group of women who reported a baseline of 2-3 satisfying sexual events per month are not really even in the category of women suffering from low female libido.

Addyi was bound to be a controversial drug, especially as it’s been the first drug to successfully be cleared for treatment of low female sex drive (HSDD) and female libido problems. With a very modest success rate and a long list of potential side effects, many will argue that this drug never should have been approved in the first place.

Will Addyi work for women and will it clear the way for other prescription treatments for female sexual dysfunction (if there is such a thing)? Only time will tell. But there will no doubt be a certain segment of the population that will be eager to give it a try.